Fill out the form below to be contacted.

Join us on our foundational 4x4 backcountry training led by our team of expert guides and certified trainers at 7P Overland.

THE REVEL CLUB BRINGS YOU 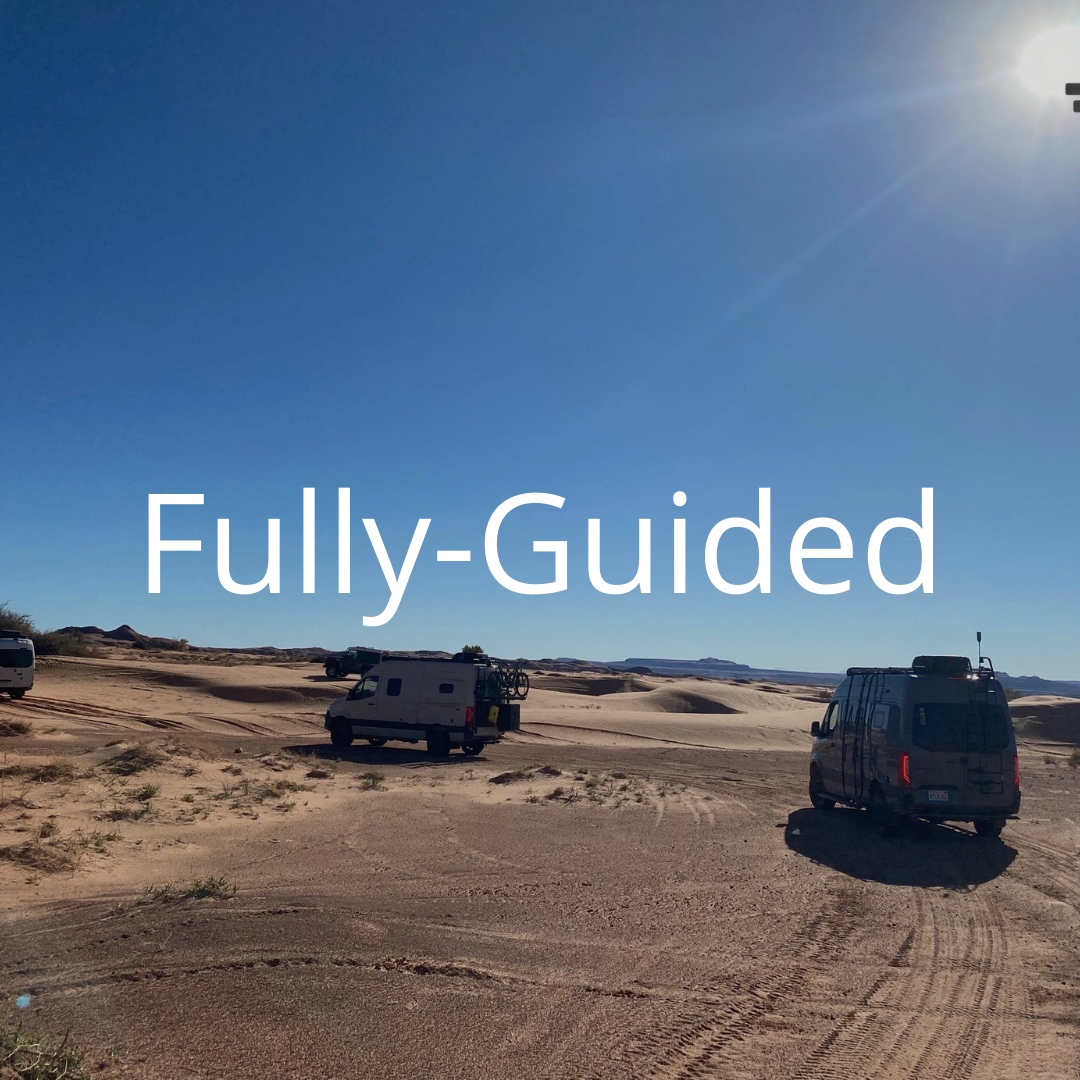 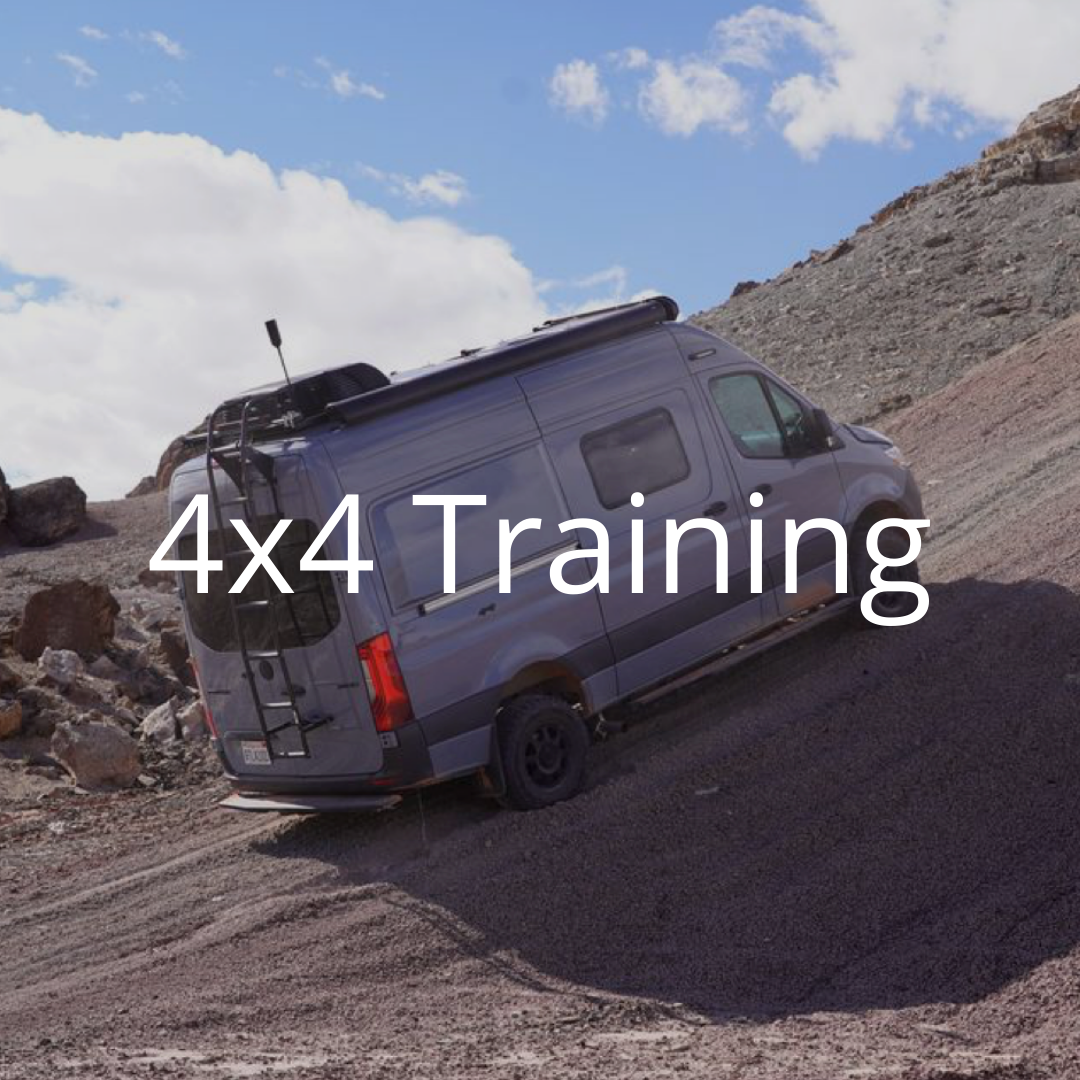 For those who want to
Learn how to drive safely and responsibly, understanding the limits of your van 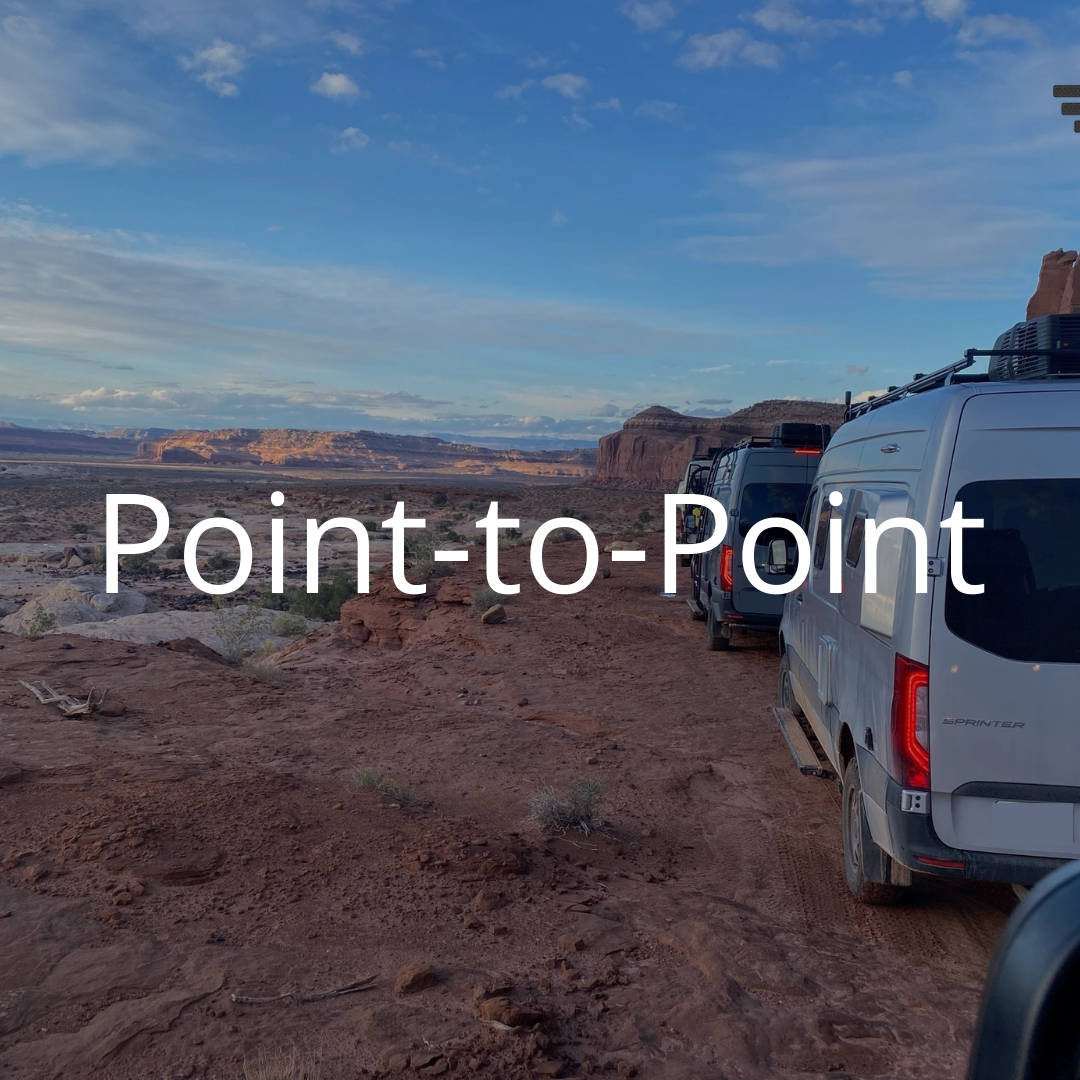 For those looking for
Pro-instructor-guided off-pavement adventure, training, support and guidance

Vehicle-based, on-road and off-road, adventure travel with a focus on self-reliance, resilience, and enjoyment of the journey.

A geographical area that is remote, undeveloped, isolated, or difficult to access.

What You Will Learn
Hear What Past Attendees Have To Say

What You Will Learn

Off-pavement driving situations, as outlined in the NPTC criteria

Safe use of vehicle-mounted winches

Your Professional Instructors and Guides from 7P Overland

(Exact Instructors for your session are subject to change)

Nick is a Colorado-based Brit–originally from Sunderland–and a Chartered Engineer and technologist who became a devotee of the worlds deserts. He’s lived in half a dozen countries and traveled to over 70. Over the last 15 years he’s extensively traveled in the Sahara and Rub’ al Khali, with much practical knowledge of remote solo desert travel.

Elected a Fellow of the Royal Geographical Society in 2002, Nick has delighted in sharing his experience with many expedition groups, individuals and families planning remote journeys.

He is a member of the Rocky Mountain Chapter of the Explorers Club and a Fellow of the Royal Society for the Arts. As a technologist, Nick has a particular interest in communications technology and automation, the antithesis of the simple diesel Land Rovers he loves. 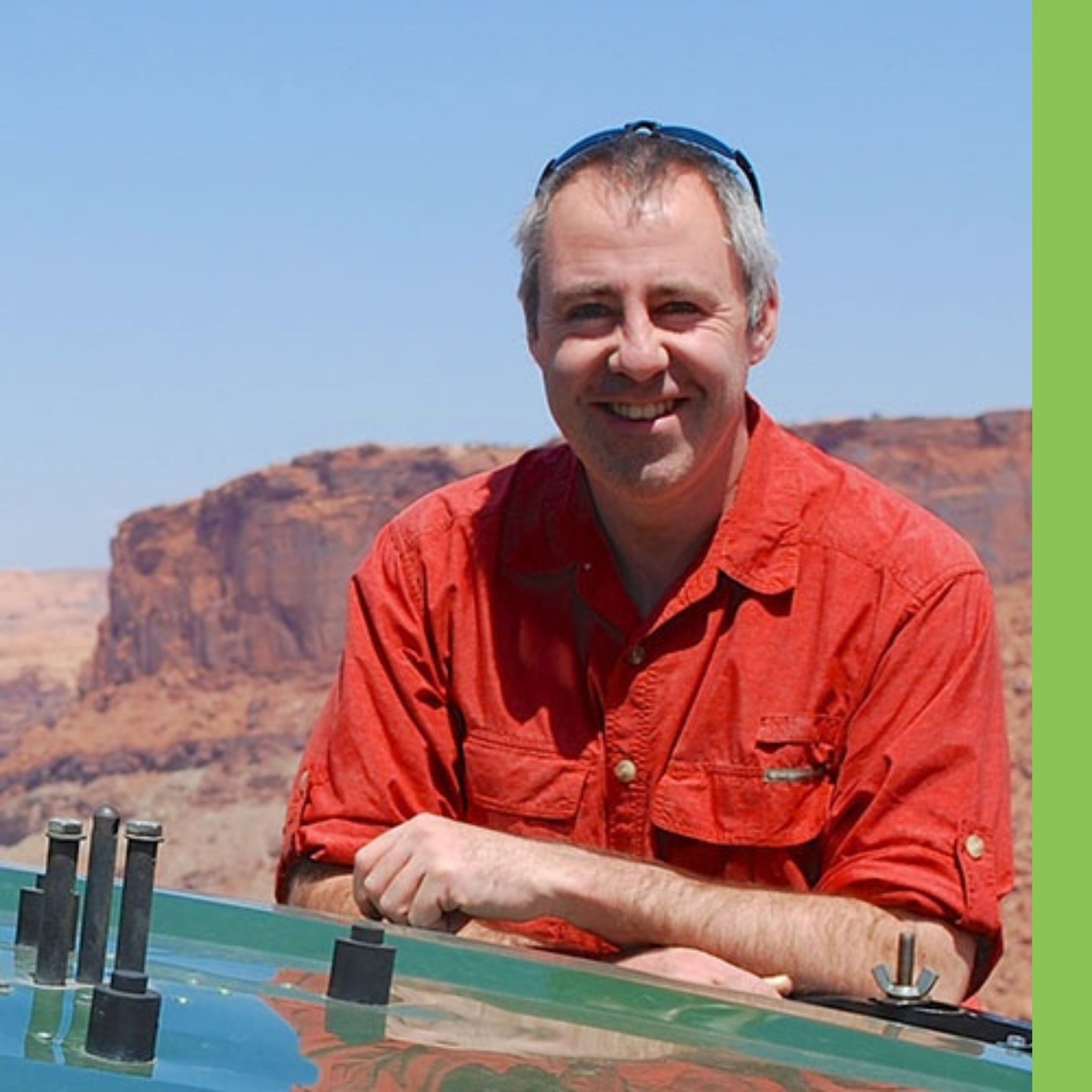 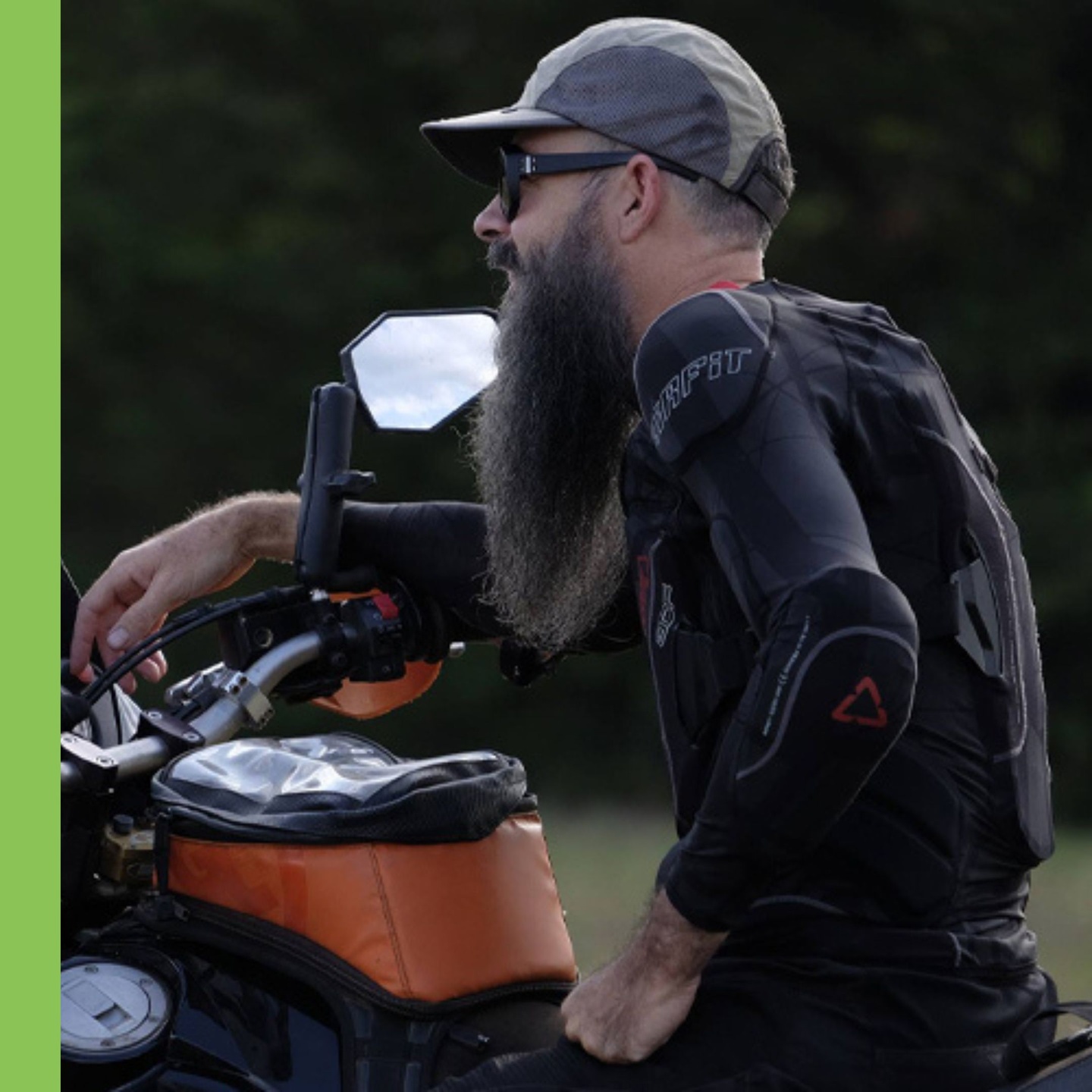 Tobin began seeking out wheeled adventures at an early age. Born in the Mojave Desert, he was introduced to overlanding by family friends who would take him on adventures into the desert in an old Willys Jeep. He grew up on a steady diet of buggies and motorcycles, seeking the freedom they encouraged. In addition to enjoying riding and driving off-road vehicles, Tobin is a veteran builder and outfitter.

A born teacher and passionate about sharing what he’s learned, He strives to acquire and apply knowledge, whether that be building house battery systems for rigs or designing and building trails. Tobin is a charter instructor for Dragoo Adventure Rider Training (D.A.R.T.) located in the surprisingly diverse landscape of Oklahoma. In 2017, D.A.R.T. joined Overland Expo, with Tobin as a lead instructor, providing motorcycle training to many eager students. Looking to mix it up, he joined the vehicle training team for Overland Expo in 2021. He and Jenny, his wife, recently sold their bicycle shop and coffee shop in order to pursue traveling and training full time.

For decades, Webb has enjoyed being off road on 2 wheels and 4. A lover of the outdoors and motorcycle racing brought him to represent Team USA in the 1991 Camel Trophy in Tanzania-Burundi. After competing, he returned as a trainer for USA Camel Trophy teams.

Webb has a lifelong passion for Jeeps, and has worked for Jeep on international events and as a trainer.

Many years in the field means that Webbs bush-mechanic skills are second to none, and that's nothing compared to what he can do in his fully equipped shop!

Webb has worked all over the USA and further afield teaching both civilian and military teams the art of off-highway driving and recovery. 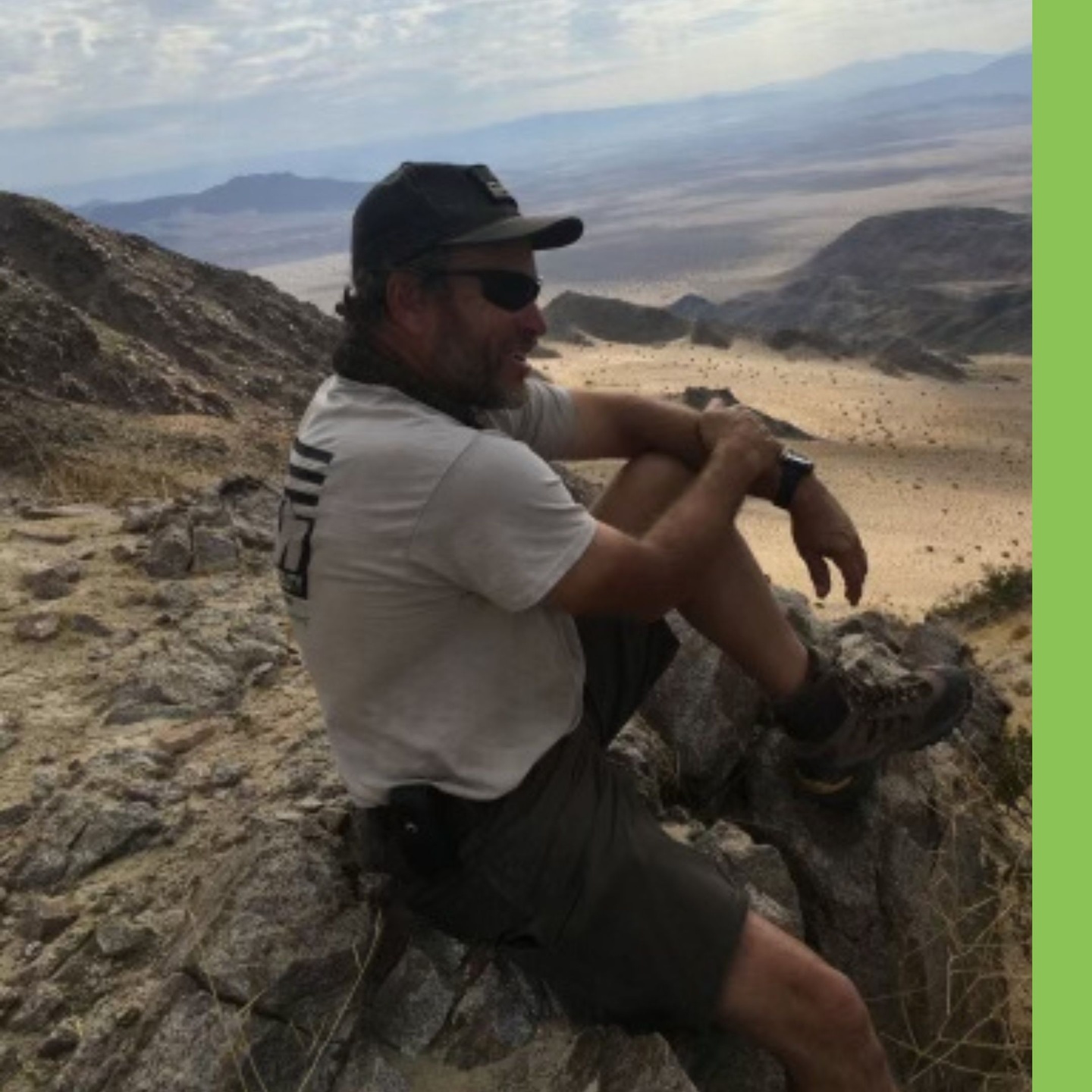 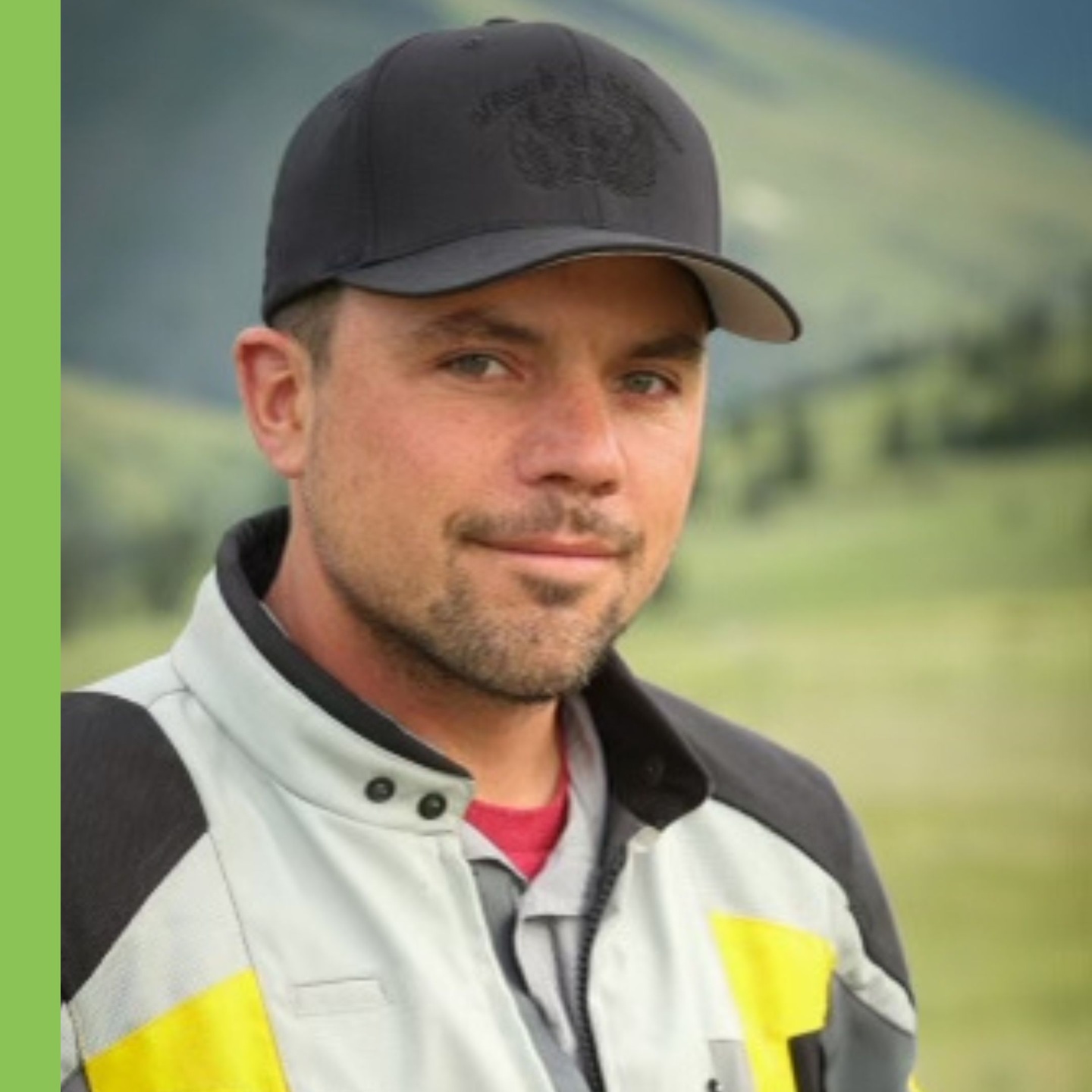 Fueled by his love of riding, Forrest Bault is a motorcyclist, 4x4 driver and mechanic who makes his home in the southwest. With a thirst for knowledge, Forrest joined the Air Force at age 18 and began his career as a Crew Chief on KC-10 aircraft. While traveling the world, he developed an in-depth understanding of mechanics, metal fabrication, and essential physics of how things work.

Harnessing that knowledge, he has spent time rebuilding bikes, 4x4s and Overland Vans and competing in vintage trials races, exploring internationally with nothing but a backpack and a motorcycle and completed all of the Backcountry Discovery Routes in the Summer of 2018.

His passion for off-highway driving and adventure motorcycling continues to this day. When he’s not linking his favorite off-road rides from Colorado to Washington, or working on a custom vehicle build, Forrest can be found teaching off-road riding skills, working as a mechanic and fabricator, and sharing his love of vehicle-based expedition travel with everyone he meets.

Pete has been part of the training team at 7P Overland for many years teaching Border Crossing simulations, hosting the Borders and Bribes round table and teaching Advanced On and Off-Road Driving.

Born in the UK, Petes first adventures were undertaken with the Royal Air Force Air Cadets on training camps across the UK and abroad. Planning, Navigation and survival skills were learned at an early age, culminating with the award of a Royal Air Force Flying Scholarship. Pete learned to fly before he could drive.

Pete spent almost 20 years working for UK Customs experiencing all aspects of Customs procedures and spent his last 10 years as a specialist Investigator. It was in Customs he was trained in advance driving techniques.

Getting the itch to travel and inspired by First Overland, Pete completed a global overland expedition from London to Malaysia in an ex Camel Trophy 110 with his wife Michele. They rounded off the adventure with a trip across America ending up in New York just after 9-11. His was one of the first expeditions to drive their own vehicle into China from Nepal and out through Laos. In his spare time he co-founded the Camel Trophy Owners Club and organized their liaison with Camel Trophy management and the Land Rover factory. His off road driving was honed by Camel Trophy competitors such as Bob Ives, from the 1989 UK winning team and Duncan Barbour of the Event Staff.

He is NPTC off road certified, a Fellow of the Royal Geographical Society and a Tread Lightly Master trainer. Pete now consults for TV, Film and expeditions on Customs issues, procedures and logistics and extensively with 7P Overland on 4x4 training. 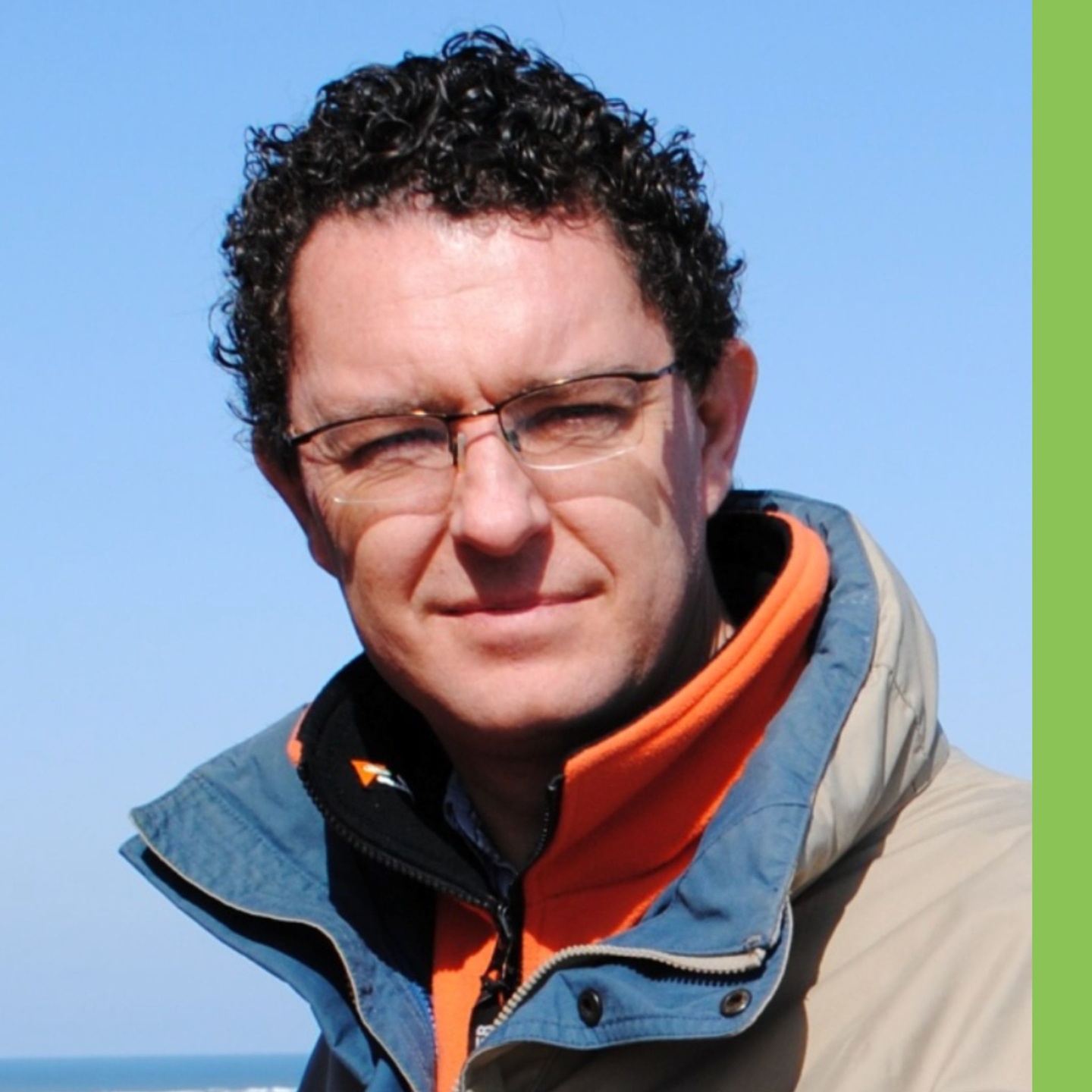 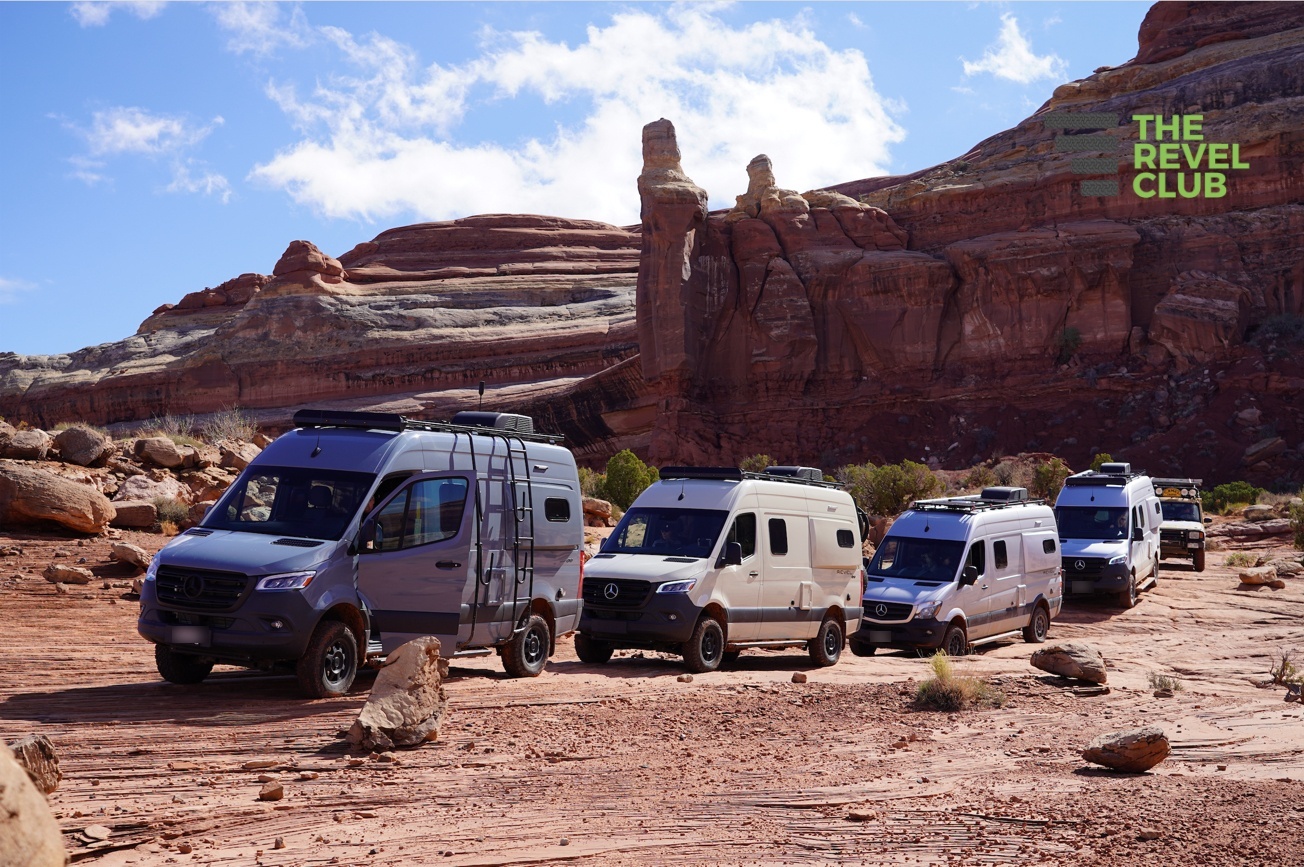 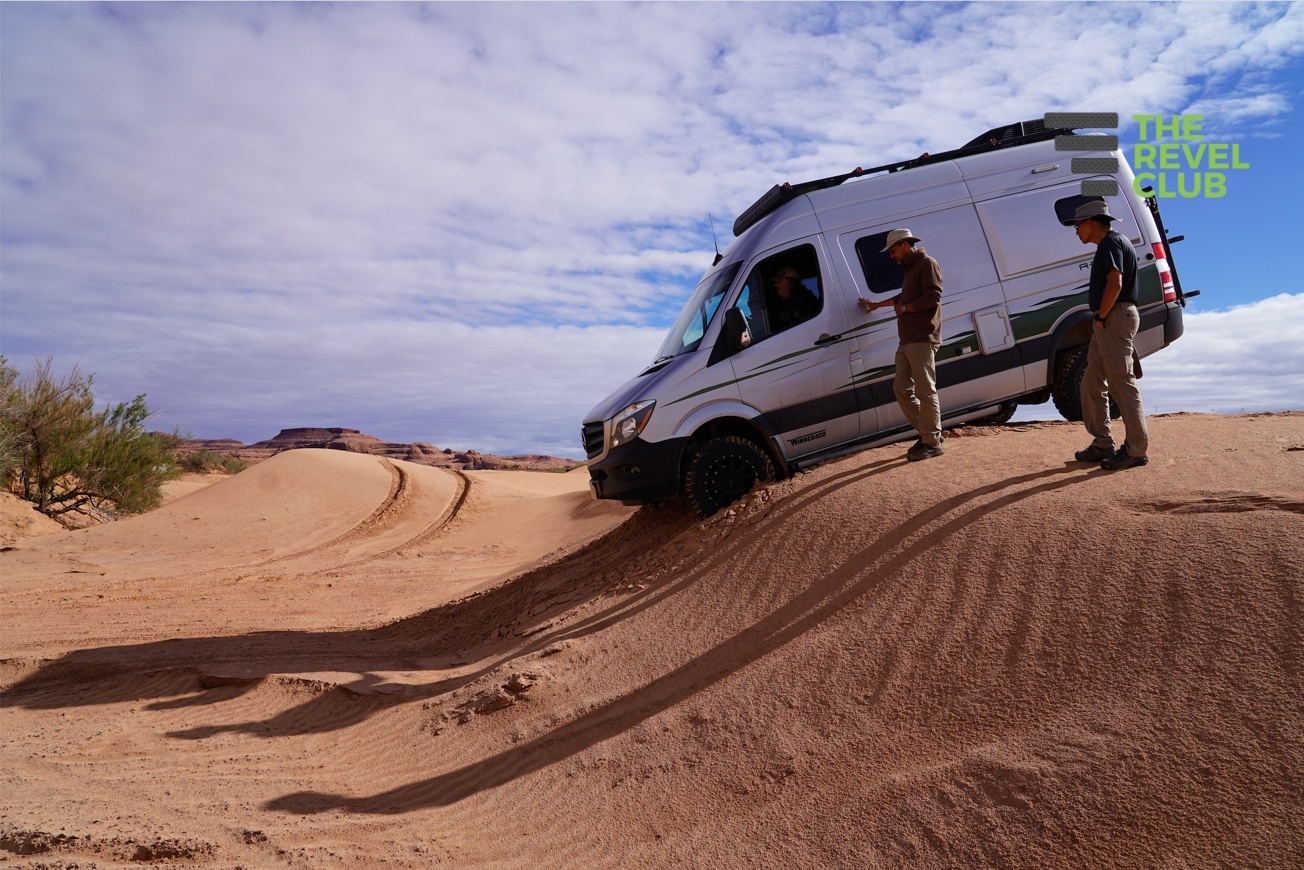 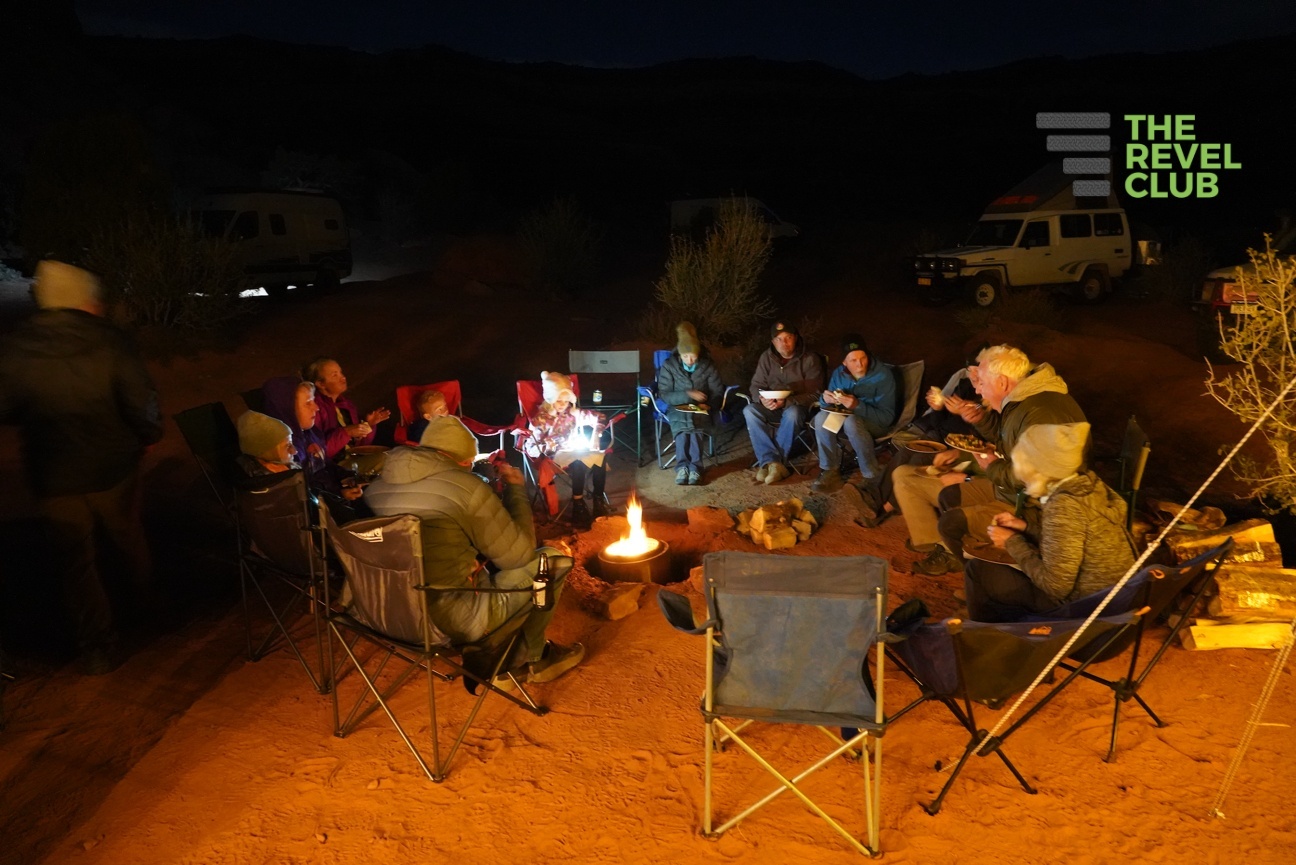 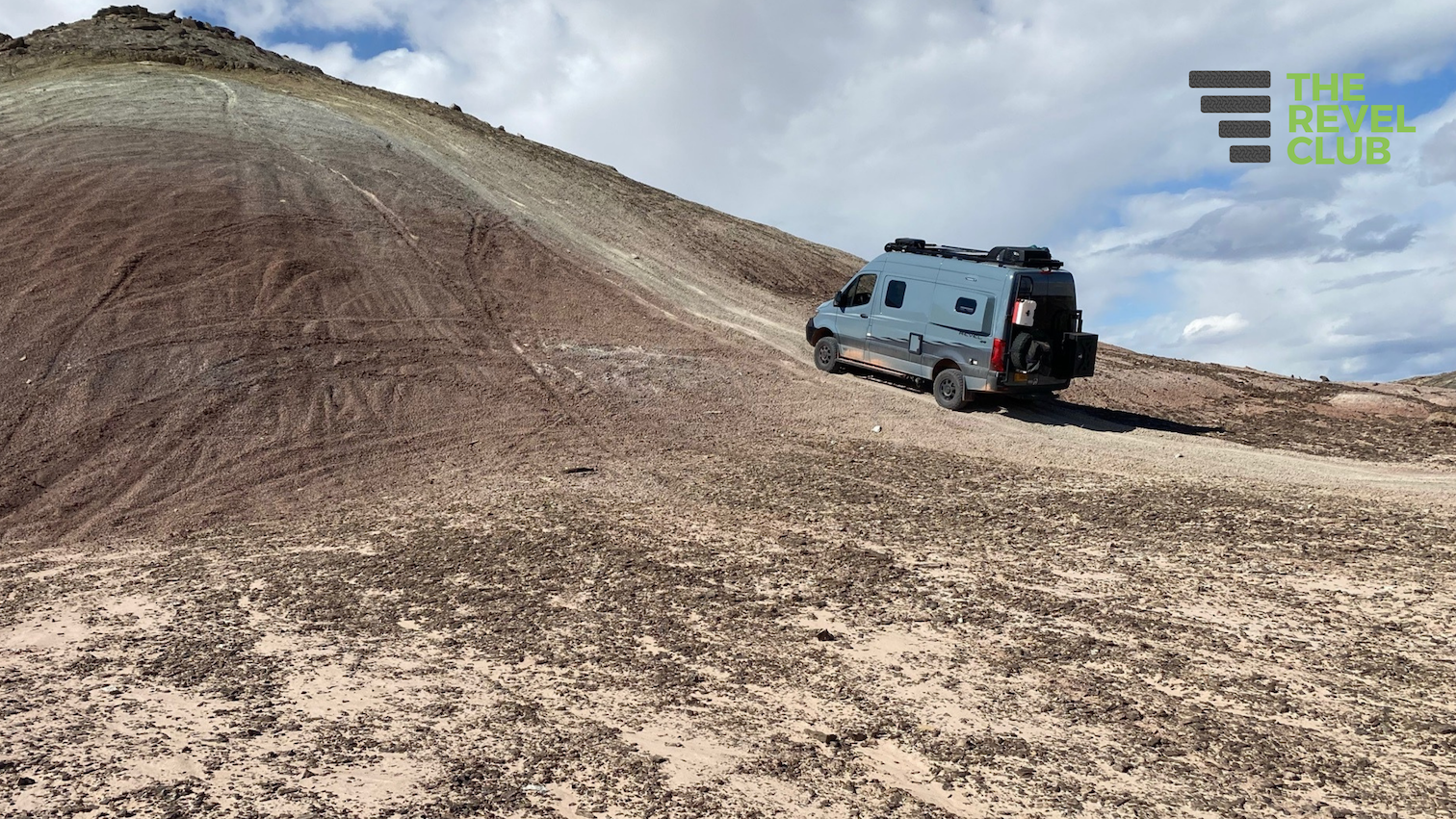 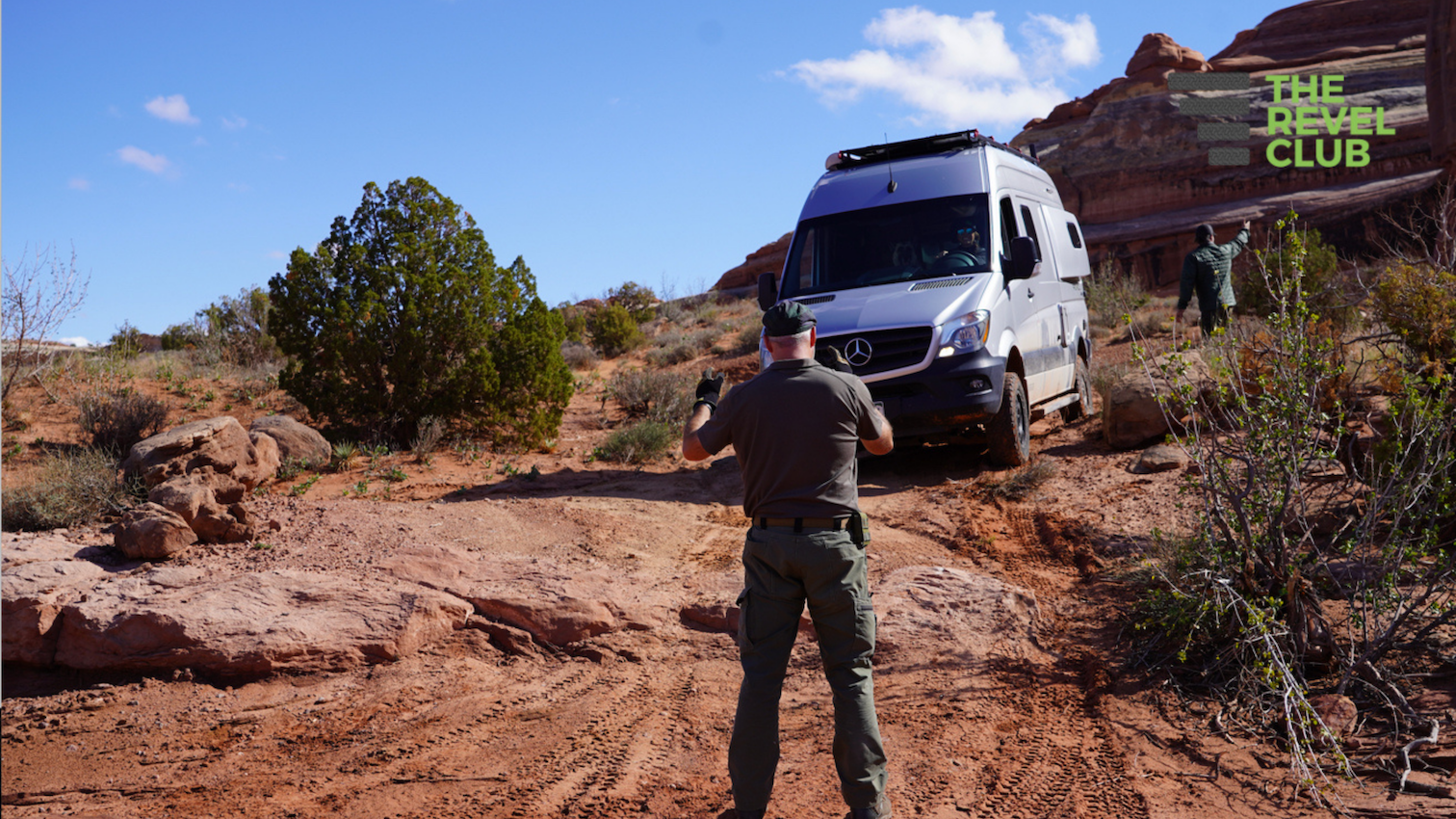 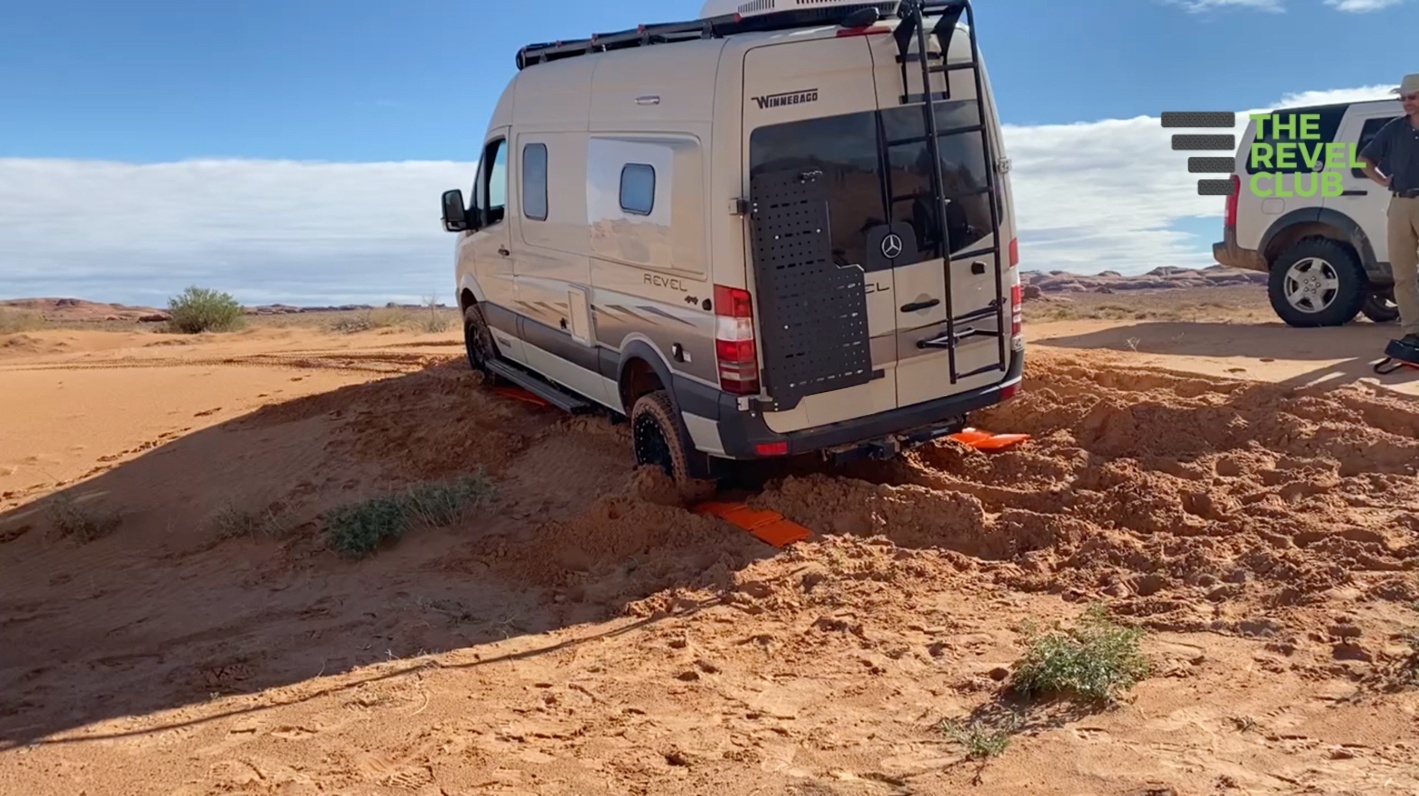 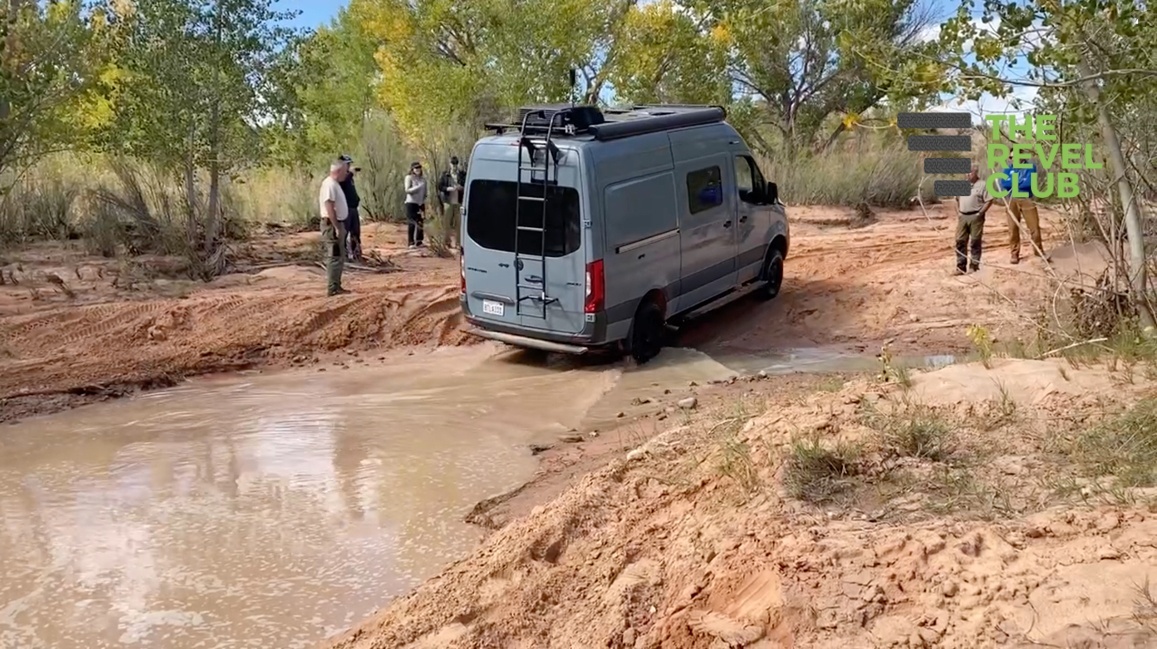 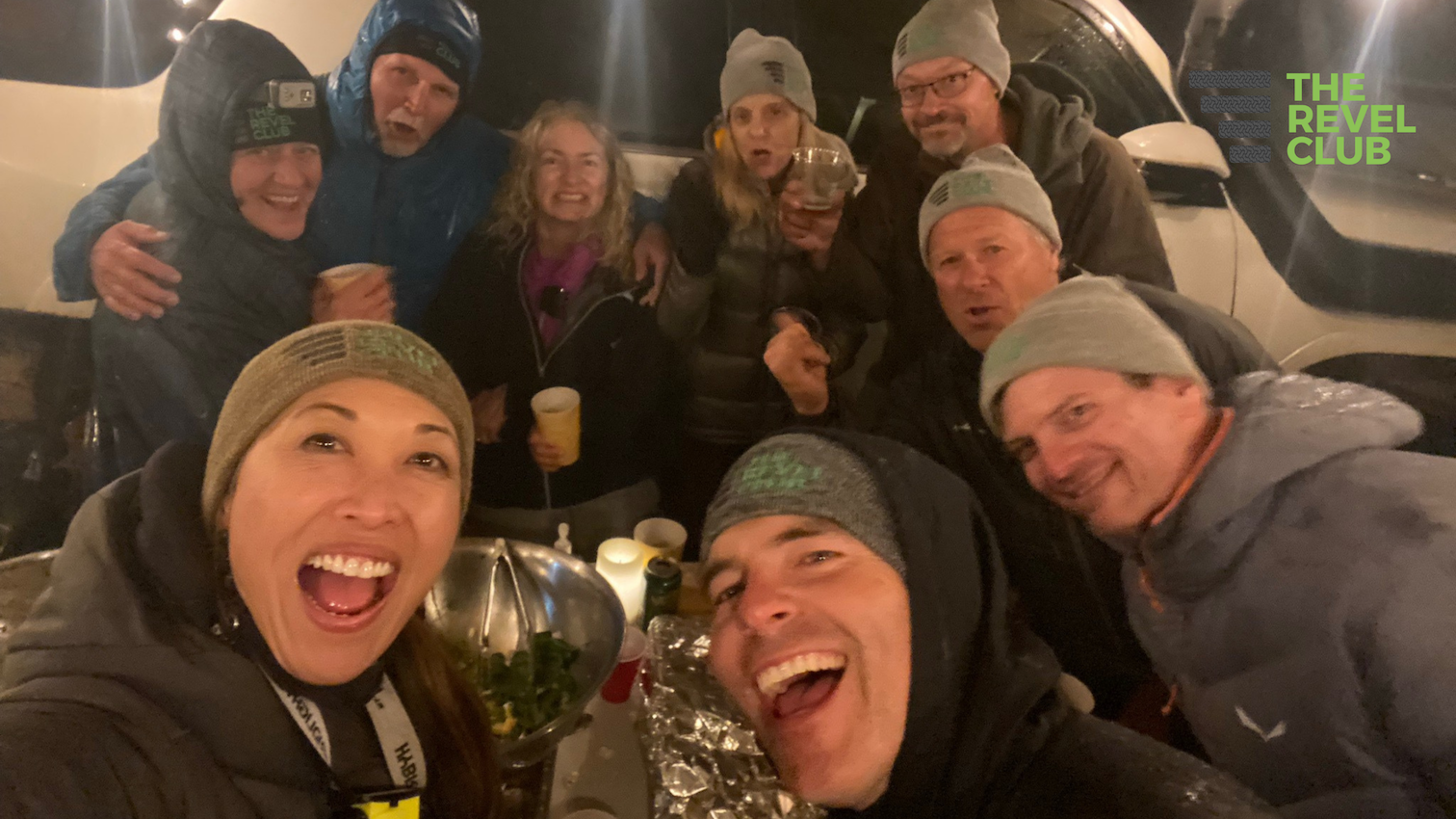 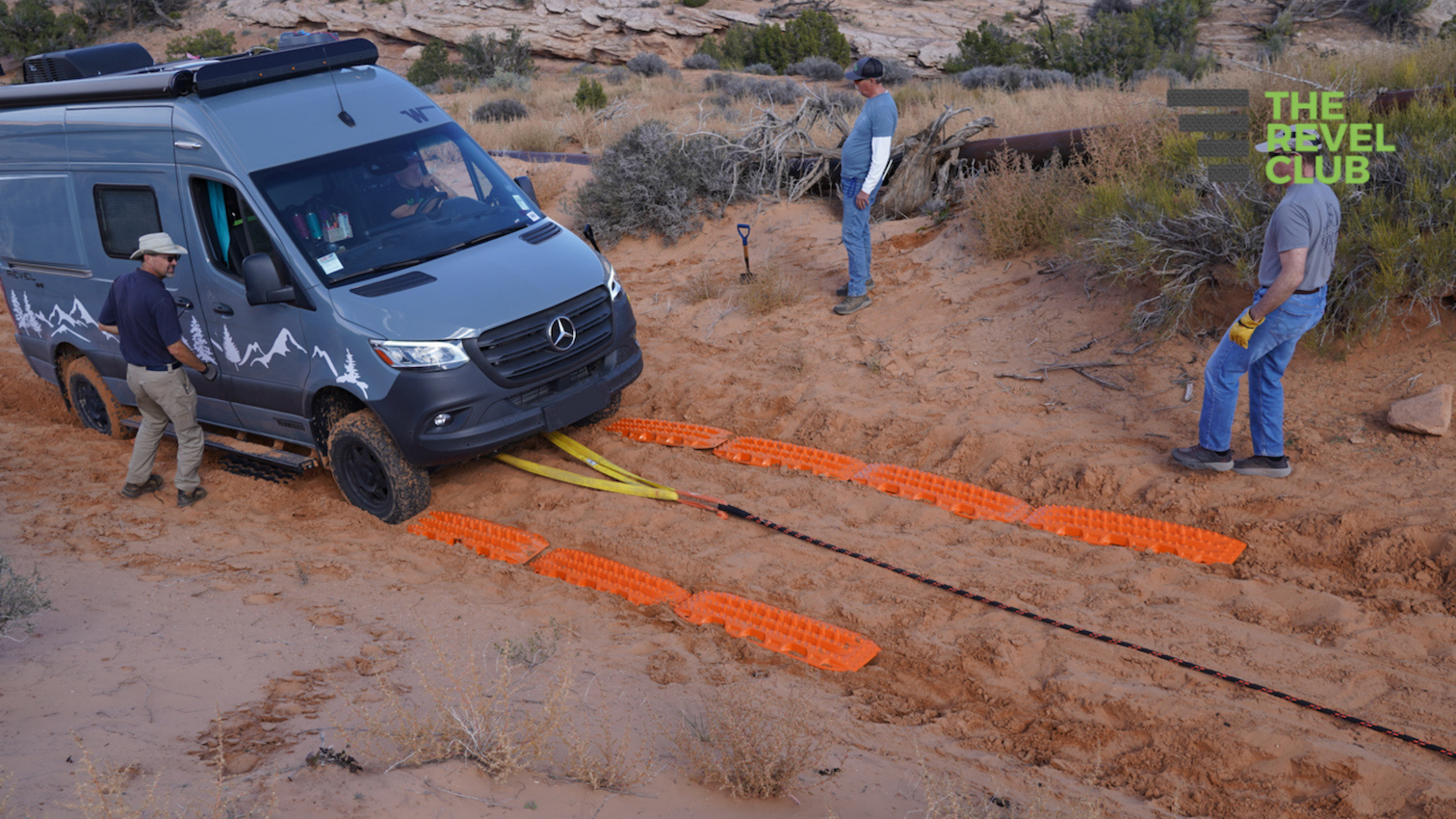 Three meals and happy hour included daily!
Check out who your Chef is going to be!

From a weekend trip to international expeditions, we see food as the common thread that weaves everyone together.

What You Will Experience

Spend 3 days with us as we take you through our Foundation “Overland and Expeditionary Driving” course. 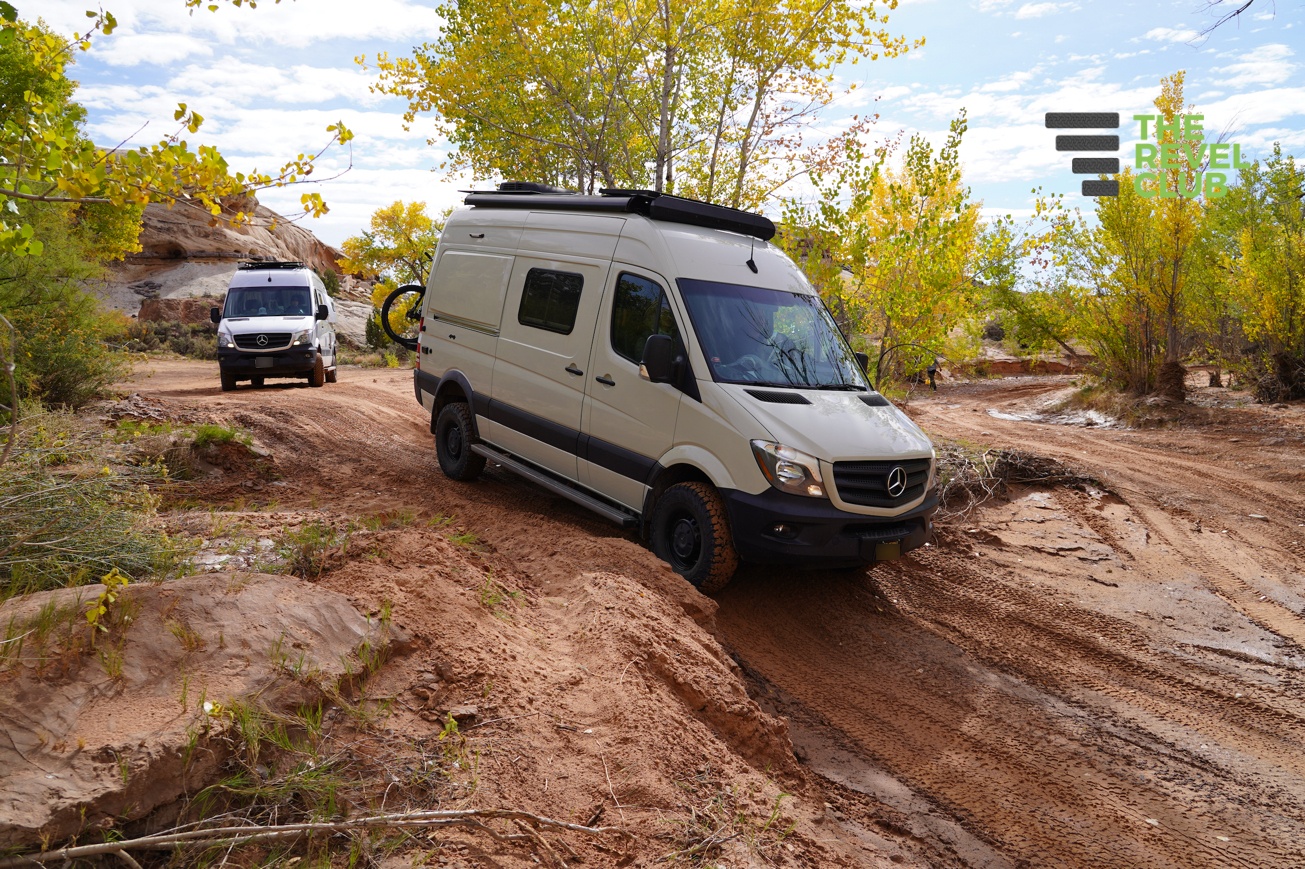 Don't be surprised if your instructor hops into the passenger seat of your Revel for some one-on-one instruction – a great opportunity to discuss all aspects of off-road and overland travel.

We share a campsite and gather around an open campfire at the end of each day having informal discussions. Our delicious hot meals fit for foodies, prepared on-site by award-winning overland chef, Jason Shaub from Overland Cookery, are a perfect way to end the day sharing and reveling in the experience we just had.

With our expert team of certified 4x4 trainers and new friends, you’ll hear some fantastic stories – the downside being that you’ll want to travel more...

This course starts with the fundamentals, but quickly shows you how to build on those to gain confidence and skill for your own adventures. 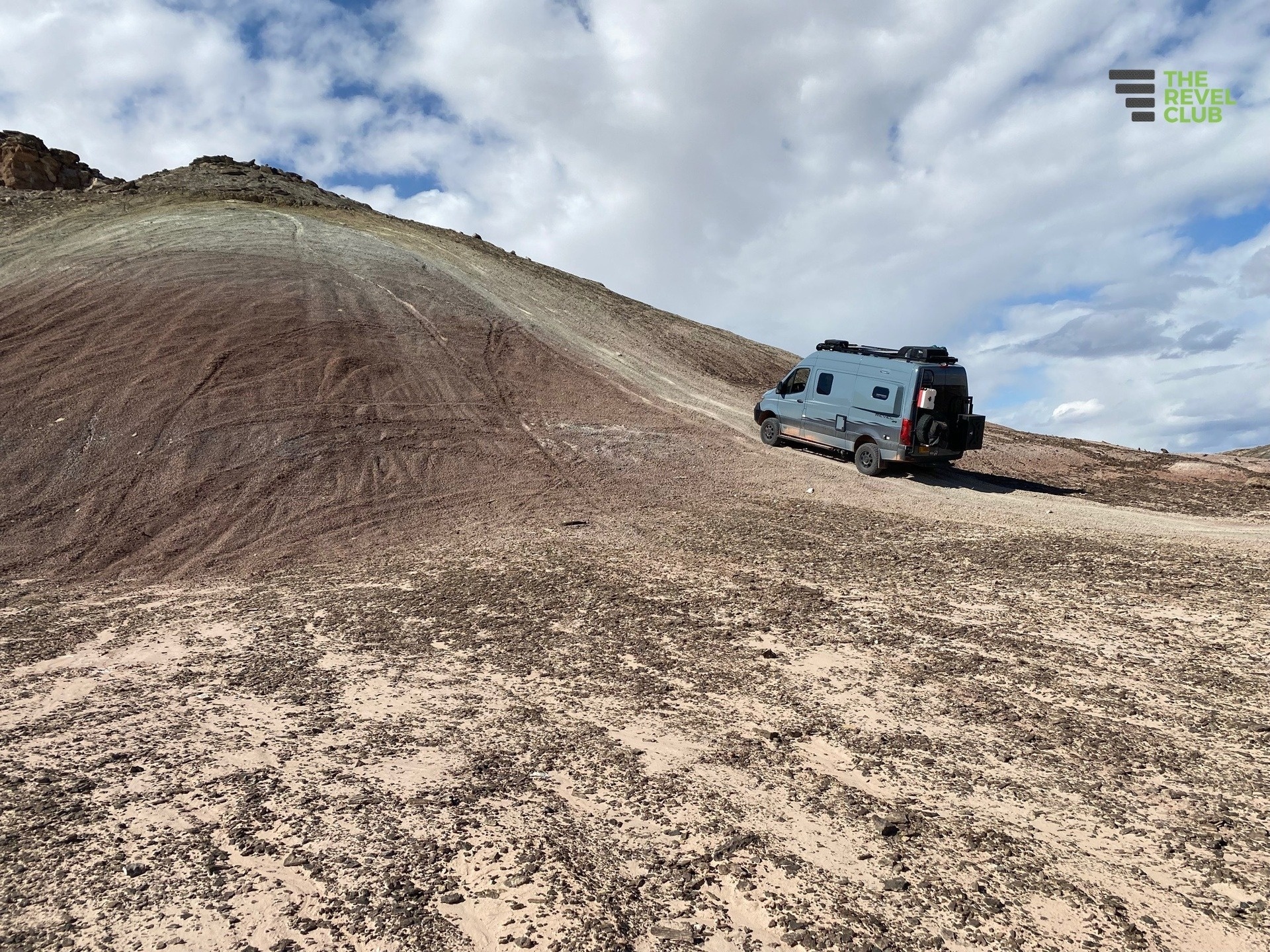 Although not necessary, we recommend that you bring any recovery equipment you may already own as there’s no better way to safely explore your Revel's limits in a controlled environment and build your own experience, confidence and level of comfort. There will be plenty of demonstration time to learn how to utilize all the equipment and to practice your new skills that you will want to go out on your own with your new Revel friends immediately afterwards!  And, yes, that has happened with our last couple of sessions with a few of our students driving off into the sunset to create new adventures.

You'll be amazed at how just what you and your Revel together can accomplish! Something empowering about that!

Hear the past attendee's speak about their experience with The Revel Club's 4X4 Van Training in Moab, UT.

How do I become a member of THE REVEL CLUB?

It's easy! Looking to hang out with like-minded individuals who share a passion for adventure, exploration and nature? Join THE REVEL CLUB. We connect those who value the spontaneity and the freedom of travel, but also want to belong to a tribe to share in the camaraderie - to create Relationships, to share Experiences, to speak "Van talk", to Educate and to be educated, but most of all, our members seek to belong to a community to share in the Lifestyle we know we are privileged to have in this lifetime and inspire others to achieve the same.

Do members of THE REVEL CLUB get preference?

Yes, members of THE REVEL CLUB are notified of trips and get preference when a new excursion or training program is announced. To learn more about how to become a member, go to www.therevelclub.com.

Can I still participate if I am not a member of THE REVEL CLUB?

Absolutely! Non-members of THE REVEL CLUB are always welcome.

However, keep in mind that members of THE REVEL CLUB are notified of our club events and trips prior to the general public and are able to book their spot early.

THE REVEL CLUB members are also offered discounts on many of our trips and trainings!

We hope you will come join us in all the fun and excitement if you aren't already a member!

A good attitude for exploration, adventure, learning and hanging out with like-minded folks is all is required!

Stock Revel Vans are more than adequate to go through the variety of terrain we will be covering on the trip.

We will be sending out additional preparation information as we get closer to our training date.

We select a "home base" at one of the hidden boondocking sites located off the beaten path to launch from and return to daily. Lunches (hot gourmet soups and sandwiches on the road) and dinners are provided for the 3 days of training. There are no facilities at the site, but who needs them when we have our Revels?

How many spots are available?

In order to maximize the training experience, we will keep our group small and intimate at between 8-12 vans with 3 certified instructors.

Our meals are prepared by our award-winning on-site exhibition chef from Overland Cookery.

Lunches (gourmet soups and sandwiches) will be provided on the road and dinners will be held at our home campsite when we return. If authentic Thai curry, beef bourguignon made from scratch, perfectly grilled flank steak and salmon with freshly made mint chimichurri sauce doesn't entice you at camp after a long day of driving...just sayin'!

Who are our certified instructors?

7P Overland is a technical driving and travel skills training company based in Colorado with world-wide training and adventure offerings. They were the Educational Directors of the Overland Expos and frequently lead expeditions around the world.

Absolutely! Just make sure your pets are safe and secure while the vans are moving during the exercises. And of course, please respect your fellow Revelers at camp.

Are there any additional expenses?

After the second day, we will stop to fill up our diesel tanks +/- fresh water or black and gray water dump if needed.

Are there any other trips to Moab planned for this year?

We are only holding two 4x4 van training sessions in Moab for the rest of 2022.

I have a stock Revel. Can I participate?

A stock 4x4 Winnebago Revel or 4x4 adventure van is all you need! As long as you have a 4-wheel drive Sprinter Van, you're good to go.

Two Identical 4x4 Training Sessions are being offered in 2022

Each session will be small and intimate, limiting the group to 6-10 vans (location depending) 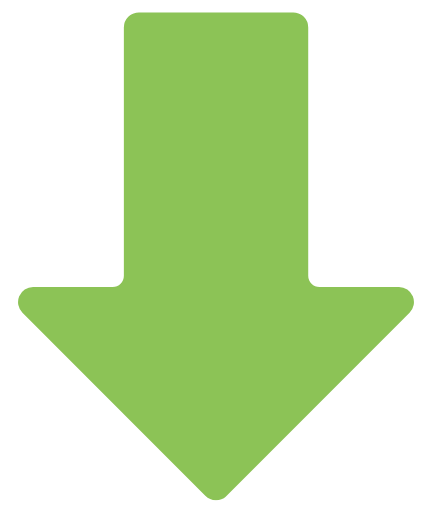 Register today to ensure you don't miss out!

NOT YET A MEMBER?
JOIN THE REVEL CLUB

Join us and find like-minded people who are equally
as passionate about travel, exploration and nature.

Be the first to know... well, actually the second, since members of THE REVEL CLUB find out first!